Iran History Forum, otherwise known as Anjoman-e Iranshenasi, is an upcoming social media platform on the Internet specifically developed with Iranian Studies in mind – But we are also an upcoming magazine.

When we recently announced our magazine, the response was unexpectedly positive. For those who have followed this page for a longer time, they might recall that not much has taken place here nor on the Facebook page. Rather, we have opted to work behind the curtains. So the magazine announcement was something of a pretty big deal for us. It also unveiled the existence of this page for many others.

So, what exactly is Iran History Forum? Who is it for?

Iran History Forum is, simply put, a social media platform dedicated to Iranian culture with a particular emphasis placed on its history, delivered in a peer-to-peer format where discussion can take place.

The Persian name for the organization translates into this far more smoothly and effectively as it translates into “Community for Iranian Studies” – But in English we opted for something more snappy and less informal.

It is a user-driven ecosystem on the Internet that portends to unite English and Persian-speaking academics, enthusiasts and independent researchers under a single roof. The forum is a bilingual repository and will also serve as a common hub for resources of all kinds and provide means for creative collaboration.

Simply put, it’s a place for cultivating a new approach to Iranian Studies. And a meeting point where we bring people together.

Send us an email and we'll get back to you, as soon as possible. 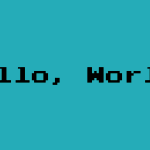